In Chinese culture, a new year (lunar year) actually starts on Lap Chun (立春), the official first day of Spring in the Chinese lunar calendar, which usually falls on February 3, 4 or 5.  Lap Chun (in cantonese) is equivalent to the Spring/Vernal Equinox.  In mandarin, it is pronounce as Lìchūn.

Meaning to say, for those born in the new Gregorian year but before Lap Chun, they are considered to be born in the previous year Chinese zodiac.  Example; if Ah Meng was born on 2nd Feb, 2001, he would be considered to be a golden (metal) dragon and not a golden (metal) snake, although general public would say 2001 is a year of the snake (Chinese New Year that year fell on 24th Jan, 2001).  Reason being, in the year 2001, Lap Chun fell on 3rd Feb. and the golden snake year had not started yet on the day Ah Meng was born.  So... as you may be able to see, Lap Chun is actually a very important day for all Chinese.

I did the testing at about 11.00pm and managed to balance/stand 8 fresh eggs. 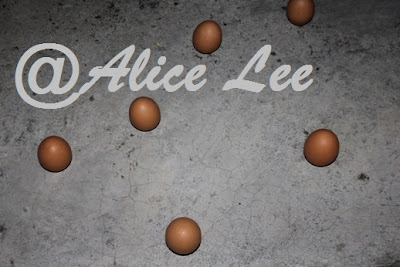 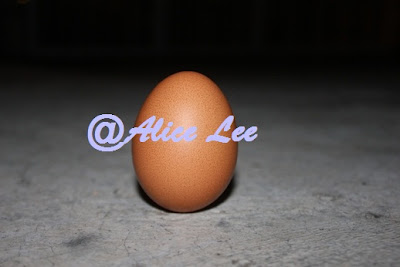 Alice.....
Sharing some of my cooking and recipes here....

EXERCISE YOUR RIGHTS..... UNDI-LAH! VOTE-LAH! REGISTER YOURSELF..... IT'S YOUR RIGHT!

Thank you for visiting...

Feed little hamster by clicking your mouse. Click the wheel center to get him back on it.